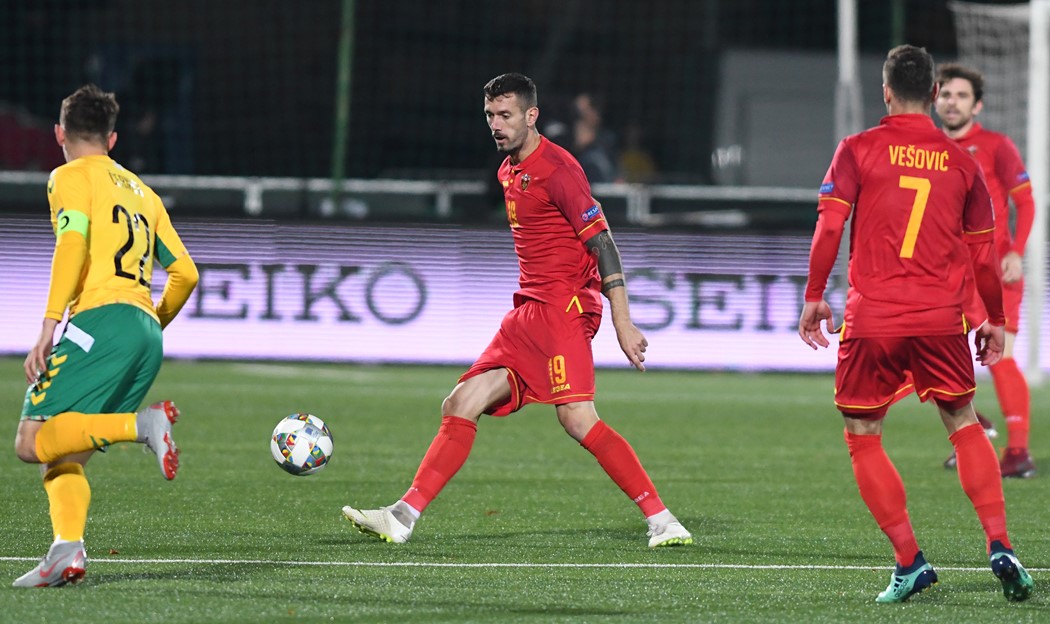 Montenegro secured a comfortable 4-1 win against Lithuania in Vilnius on Sunday night. Stefan Mugoša scored twice, while Boris Kopitović and Darko Zorić each scored their first goals for the national team. This night in Vilnius will be remebered by Risto Radunović who made his first apperance for the Montenegro National Team...

Montenegro thoroughly dominated in the first half, taking the lead through Stefan Mugosa in the 10th minute. Vešović played through for Mugoša before the Montenegrin attacker put the ball in between the legs of the Lithuanian goalkeeper.

Following a series of good chances, Kopitović doubled Montenegro’s lead - the defender put the ball in the net with a header at the far post.

Stefan Mugoša scored Montenegro’s third goal right before the end of the first half, calmly putting away a penalty after Klimavičius had handled the ball in the area.

In the second half, Montenegro maintained the majority of possession and did well to preserve their three-goal lead. Montenegro’s fourth goal came at the end of the second half. Mugoša played a perfect through ball for the onrushing Bečiraj who then crossed into the box for Darko Zorić to finish. Baravykas scored Lithuania’s only goal in the 88th minute with a spectacular bicycle kick following Novikovas’s cross from the left wing.